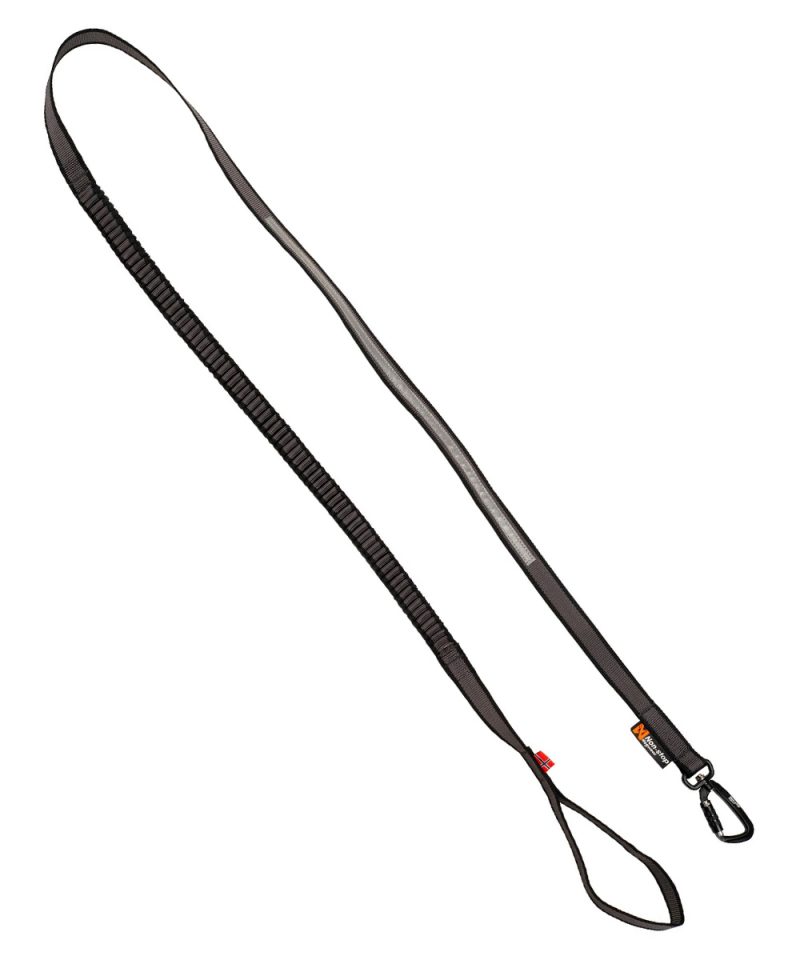 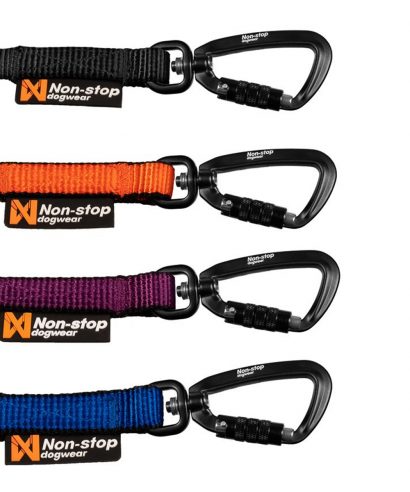 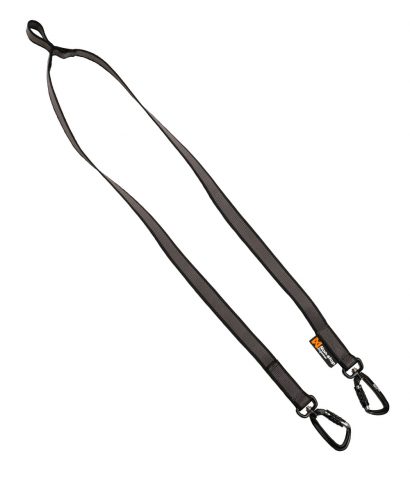 The Touring bungee leash is excellent for hiking. It also works well in activities such as running, skiing and bicycling if the dog pulls moderately. The bungee part on the leash is mounted close to the human to avoid a rocking effect. The rest is static, which gives good control over your dog. A line of reflective material on the dogs side provides high visibility in the dark. The 13mm wide Touring bungee comes with an ultra-light and sturdy aluminum carabiner. The 23mm wide versions have a Twistlock carabiner as standard. The carabiner has an automatic lock for more security. The leash will not spin up because the carabiner sits on a swivel.

The Touring bungee series integrates with our Y-extension, the Touring double., in case you would like to go with two dogs.